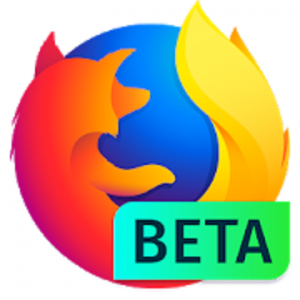 With Firefox Beta, you get to test the latest performance, customization and security enhancements before they make it to our next version.
Have an impact by helping to put the finishing touches on features and functionality.

Mozilla is a proudly non-profit organization dedicated to keeping the power of the Web in people’s hands.
We’re a global community of users, contributors and developers working to innovate on your behalf.
When you use Firefox, you become a part of that community, helping us build a brighter future for the Web.

What’s new
We’re working to make Firefox for Android better with each new release. Read the release notes to learn about any new features, bug fixes, and performance improvements