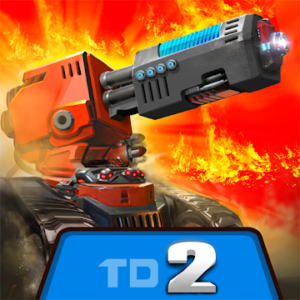 New features:
Tower defense-defense legends 2 updated new weapons decisive in the fight, bringing the difference to the tower defense game (TD).
+ LDC – 055: combinations of explosives support in situations large number of enemy troops.
+ UXO – W: sound waves bombs with great power create sound waves widely to destroy the enemy on a large scale.
+ Ice – age: with the ability to freeze all enemies it scans in the path in a certain time period.
+ BF1: BF1 with 5 combat planes carrying a lots of bombs is the fear of the enemy.
+ Hellfire Area: fire from the hell will destroy all enemies on the way they across.
+ Supergun-F: weapons which operate like guns with rocket warhead. Destructive power. Unlimited range.
Warships corps is a military is very dangerous that players need to pay attention to give some suitable tactics. Specially, multi-pronged offensive tactics is actually a big challenge for the gamer.
Let’s play and enjoy Tower defense – denfense legends 2. You will realize it is a great strategy game of strategy games free.