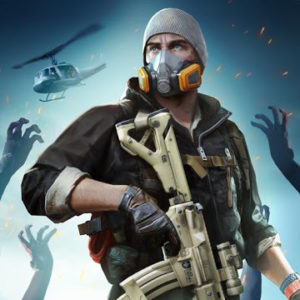 Grab your guns and bring your guts to survive the ultimate action-shooter game, Last Day Alive.

Danger lurks everywhere. Survive against zombies using rifles, grenades, shotguns, and anything in your arsenal to secure safe havens and save survivors. Build your encampment to defend yourself against enemy attacks. Get to the chopper and lay waste on enemy bases to steal their resources. Battle other players in solo and team multiplayer tournaments. Band together with other human factions and become feared by your allies and opponents.

Challenge Zombie Bosses
Defend yourself against zombies that can jump, wear police armor, or explode with toxic gas

Build and Customize Your Base
Build, customize, and defend your encampment from zombies and rival factions. Locate survivors, loot materials and band together to overcome a post-apocalyptic world

Last Day Alive is free to play, but you can choose to pay real money for some extra items.

Disassemble your old weapons and get brand new Attachments for your favorite guns (requires Town Center level 10).
Fuse Attachments to improve them and get unique Perks.
Each weapon type has its own set of Attachments with specific Perks.
Find out which Attachment combination will fit your playstyle!
Clan Season update – users who join after an event has started won’t contribute to clan points anymore.