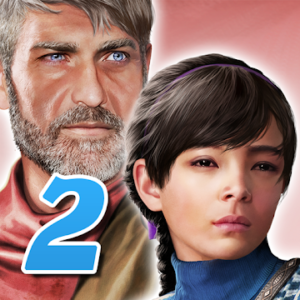 MAKE YOUR STAND IN THE SHADOW OF THE COLD WAR

More than a decade has passed since Fenton Paddock aced out the Nazis in securing a powerful ancient relic in the outlying mountains of Tibet. While the Cold War has the world’s superpowers in a tight grip, the former Royal Air Force pilot has to face the biggest challenge of his eventful life: Breach beyond the Iron Curtain and save his family from shady, unrelenting adversaries.

CLASSIC ADVENTURE GAMING ON YOUR SMARTPHONE OR TABLET
Lost Horizon 2 brings classic adventure gaming to your iPhone or iPad. Enjoy beautiful 3D graphics, follow a captivating narrative, solve challenging riddles and make use of touchscreen-optimized controls. Lose yourself in an interactive thriller that keeps you psyched way beyond its epic finale.

PRAISED BY THE PRESS
Gaming Boulevard says that “this is the game for you, if you’re coming home late from work and you’re in the mood for a good interactive bedtime story that’s straight forward and yet still challenging”. And Game4me calls it “a worthwhile successor to the original Lost Horizon game with a strong story and interesting characters in beautiful locations”.

WHAT MAKES LOST HORIZON 2 STAND OUT

LINKS AND RESOURCES
Visit the studio behind Lost Horizon 2 over at http://www.animationarts.de/. Use the official hashtag #losthorizon2 on social media.

COSTS AND REQUIREMENTS
As a full premium app, the initial purchase grants access to all content and features – there are no fee-based episodes or other IAPs.

What’s New:
Added a button to skip a sneak part in the middle of the game (right upper corner).