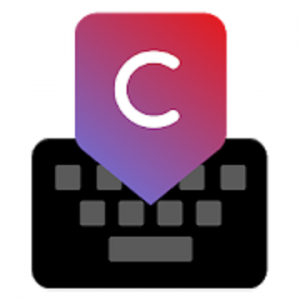 Chrooma Keyboard is powered by a smart artificial intelligence that provides you a better contextual prediction.

Chrooma has a new exclusive neural action row that helps you with emojis , numbers and punctuations suggestions !

And if emojis are not enough for you, with Chrooma Keyboard you can search and send all the GIF you want!

GIF search
With Chrooma Keyboard you have a dedicate GIF tab to search and send all the GIFs you want! Chrooma’s GIF are supported by almost every app.

Emojis Support
Our keyboard supports automatic emojis suggestion and helps you by providing you your most used emojis .
Chrooma is always updated to support the latest emojis available.

Multilanguage typing
With Chrooma Keyboard you can write in multiple languages simultaneously without having to switch the keyboard every time.

One Hand Mode and Split Layout
Activate the one hand mode to type faster with just one thumb!
Do you have a large screen? The split layout will help you typing faster !

Gesture typing
Tired of tapping ? You can write everything just by swiping your thumb over the keyboard.

Night Mode
Chrooma Keyboard can change automatically the color tone when low light is detected.
You can also set a timer and program the night mode.

v2.3.4:
– Refresh letter pop up style to match Material Design 2
– Fixed some issues that was crashing the app
– Fixed the issue that was preventing number insertion in the note text field
– Fixed emoji predictor and improved prediction banner in emoji view.
– Added Event Creator feature: you can now create events directly from the keyboard and send them on any app, the sharable snippet will contain a link that allows other people to add the event to their own calendar.